I closed my inbox for a week

Inbox anxiety is real, especially when returning to work after a holiday. I decided to take action recently and here's how I got on.

It's Monday morning after February half-term and my first day back at work after a week of annual leave. Ordinarily at this time, I'd be sat in the office ploughing through a mountain of emails that had built up while I'd been away, trying to catch up and desperately seeking to reset to inbox zero. I'd be constantly interrupted by phone calls, instant messages, colleagues, my team, meetings, more emails, etc - all wanting information from me that I couldn't give them while I was off. And while it's lovely to be needed, I know I'd be getting gradually more frustrated and wound up as the day wore on. If I was lucky, I might manage to deal with a handful of emails before going home at the end of the day, signing on remotely and then working on them into the night.

That's no way to start a fresh after a nice relaxing break from work. The whole point of a break from work is to recharge and come back with a renewed focus, not to walk into a nightmare and immediately regret ever having taken time off. Or to start panicking about the idea days before the holiday even ends, knowing what's to come. And of course, in the week leading up to a holiday, I'd have worked twice as many hours to "tidy up loose ends", "clear the decks" and "wind down" so as not to leave my colleagues in a position that they're "still waiting on Rich, he never replied".

Taking 37 hours away from the office cannot mean just cramming half of those hours into the week before and half of them into the week after. That's not a holiday. That's just putting in the same amount of work at an increased pace and under heightened pressure. Taking a break needs to mean exactly that. Anything else is just unsustainable, isn't actually taking time off, and probably explains my moods most of the time.

And so today, I'm not sat in the office facing a mountain of emails. I'm sat at home, working from my home office, catching up on all that I've missed before I contact anyone and get fully back involved. I'm doing this to avoid all of the above, to be in control of my own time, to be as effective as I can be and importantly to avoid becoming a Stressed Eric! 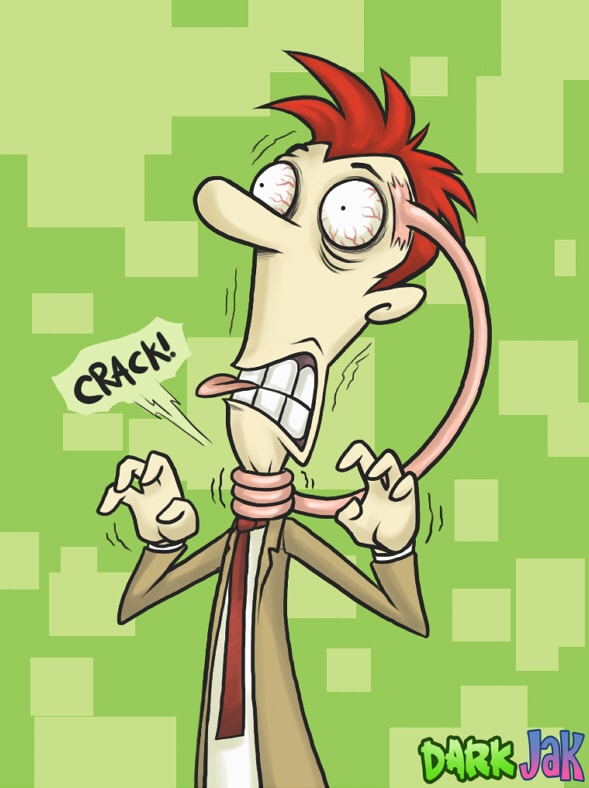 To make today possible, I took some steps before I went on leave.

I created a very specific out of office message taking learning from Daimler in this BBC article that read as follows:

I'm afraid I'm on annual leave at the moment, due to return on Monday, February 19th.

Please note that while I'm away my inbox is also on holiday. It's been switched off to avoid there being a build up of so many messages that when I return I spend my entire leave period again trying to sort through them all. That's just not an effective use of time I hope you'll agree.

If your email is important and needs my attention, could I please ask you to resend it on the day I return?

In the meantime if you need more urgent support, you can redirect your email today as follows...

I went on to include our Service Desk email address and my line managers direct contact details before the usual salutations.

My inbox wasn't actually switched off - I'd just set a rule on it to move all incoming messages to a specific folder. That way, I can use them to catch up without being expected to reply to them all. I can also choose not to look at them at all, under the assumption that colleagues will have sought alternative support.

It remains to be seen whether or not this was a successful action to take. So far (it's only 11am), no one has resent me any messages that were sent last week - which either means they didn't really need my attention in the first place, or they haven't read my automatic reply. As the week progresses, I'll see if anyone comes chasing any responses.

I blocked out my diary for the first day back as busy, unavailable, out of office. This gave me the freedom to work from home today and also to not have to log in on Sunday evening to see what meetings I'd being booked into today. That said, I have still been booked into 2 meetings today - one as an optional attendee and the other by one of my own team who is unhappy with a decision I took a couple of weeks ago. I'll speak to him tomorrow as obviously I won't be in the office to attend any meetings today.

I switched off my work phone (I didn't just lock it) and I shut down my laptop. I plugged them in for a short period to make sure both would be fully charged for this morning, but aside from that I didn't look at them again for the entire week.

How did it go?

While I was off I received 12 missed calls on my mobile, 3 SMS messages and 1 voicemail. The voicemail was silent and so could be deleted and the 3 SMS messages were from Vodafone telling me I'd missed 3 calls bizarrely. Not sure why they didn't alert me to the other 9 missed calls but what can you do?!

Of the 12 missed calls then, 5 were from our central switchboard which means they were sales calls - they hadn't called me directly and so weren't trusted callers who had my direct dial. I'm not worried about those. 6 calls were from mobile numbers that I didn't recognise and couldn't trace on our internal staff directory. They hadn't left any messages so I assume I can just wait for them to call again. I'm therefore not worried about these either. Only 1 call was from a known colleague who I'm working on a project with at the moment. I'll call him back shortly.

So, had I left my phone on, only 1 of the alerts it would have given me were actually things I needed to respond to or be alerted about. 1 in 16. 6%. The vast majority of the alerts were irrelevant.

I recevied 191 emails over the week and 9 event reminders. All of the reminders were obviously not needed as I wasn't at work, so I can ignore those, but of the emails, they broke down as follows:

I can read the subscription messages at any time - they're literally just mailing lists I've subscribed to for updates on certain topics. They come with no pressure attached to read them quickly or to respond. The notifications are much the same in that I can just quickly skim those to catch up at my leisure.

The spam and recruitment agencies can be immediately deleted. I'm not looking for staff right now and the projects I'm involved with don't need new software. It's nice to skim these though just to get a feel for what's on the market these days. I may choose to quickly whizz through them if I find the time, but again, these need no action from me.

Focussing on the 64 valid ones: (almost only a third of the total)

The upshot of all that is that at least 11 and possibly up to 38 emails actually need my attention, from 191 that I received. Roughly 20%. Four fifths of the alerts I would have received while I was off, had I left my devices on, would have been irrelevant.

What have I learned

Inbox anxiety is real but in my case alerts are a demand for attention that in the most part are irrelevant. If I only received things that actually mattered, I could be so much more focussed, more effective, operate under much lower levels of pressure and have more time to look after my team and to commit to the projects I need to support.

With that in mind, (and I know this is contrary to good advice and may be counter-productive), I've unsubscribed from every spam and recruiter message that would allow - 46 out of the 52. Oddly, I received one from Adobe but the unsubscribe link led to a 404 error page so I expect I'll still receive theirs. The other 5 were direct marketing emails from individuals with no option to opt-out so I'll just have to either ignore those or reply and ask to be removed from their list.

It's taken me 4 hours to put together than analysis this morning, to process my "inbox", calmly working from home with no interruptions. In that time I have received 2 instant messages, 9 emails (2 directly to only me, 1 to me and others, 2 subscriptions, 3 notifications and 1 spam), 1 tweet, but zero phone calls or SMS messages. I haven't dealt with any of those yet.

What I'll do now is prioritise quickly skimming through my notification emails so that I can "get up to speed" with changes I've missed. I'll then set about the messages that were sent only to me before dealing with those sent to me and others. I'll then review the CC's and BCC's in that order. The IM was just asking if I was working from home but I'm reluctant to reply now and open the floodgates just yet.

This has definitely been a worthwhile excercise!