That's all folks! We've given our final Show & Tell and the Discovery project is now all but complete.

We've had a blast! I can honestly say this has been one of the most enjoyable projects I've worked on in my 20 years at Barnsley Council. We've worked outside the walls of the organisation, travelled to various places, connected with so many of our counterparts in other councils, worked with new tools and technologies, eaten our body weight in chocolate pretzels and presented our wares to the world.

OK, maybe not the world, but what started out as a small software development project to build an Income Management System for Barnsley at the beginning of last year has taken us on quite a journey. It's ended up being something that's generated a lot of interest around the country and could now potentially deliver significant benefit to the public sector. We put ourselves out there because it felt like the right thing to do and the response has been really encouraging. And the system itself is shortlisted for an award! 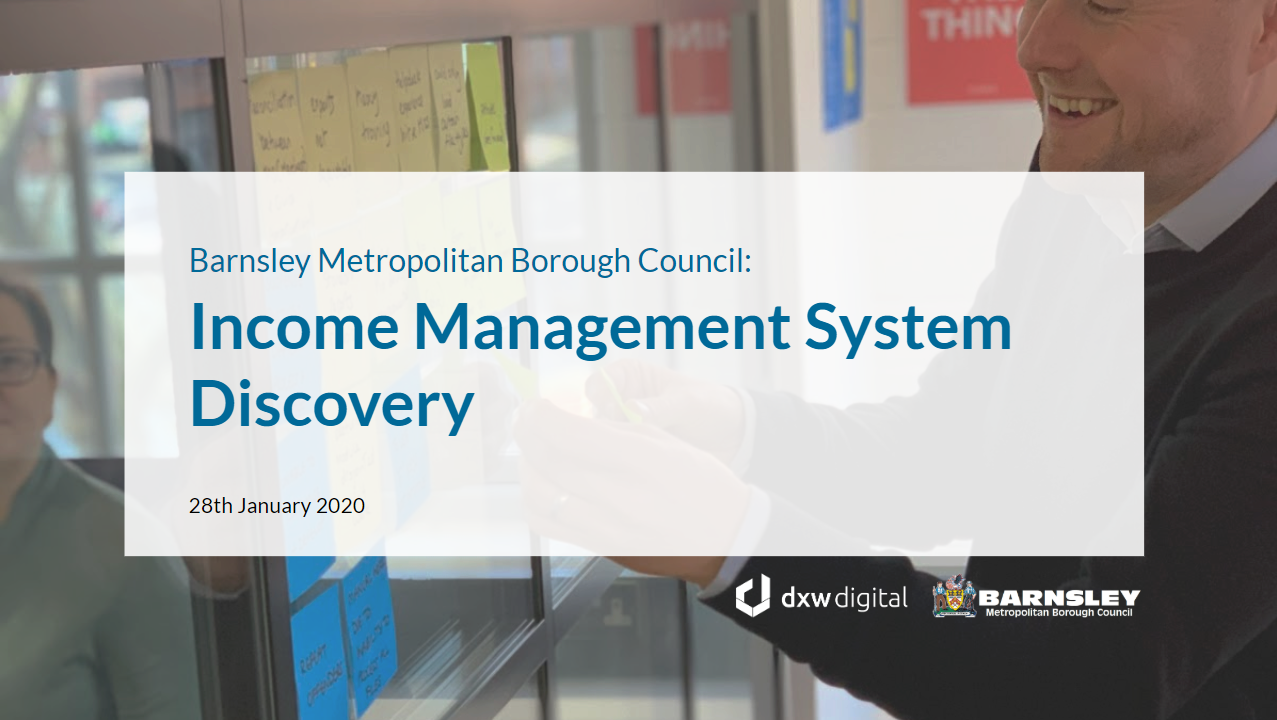 Our Show & Tell was on Tuesday and the planning and delivery of it dominated those first two days this week. There was the organisation of how we'd set up the room, accommodate a large number of remote attendees, feed the people attending in person and we needed to squeeze in a dry run too. I spent much of my time frantically tweaking my slide notes - does anyone else get that internal panic about your slides not making sense right before you go on?! 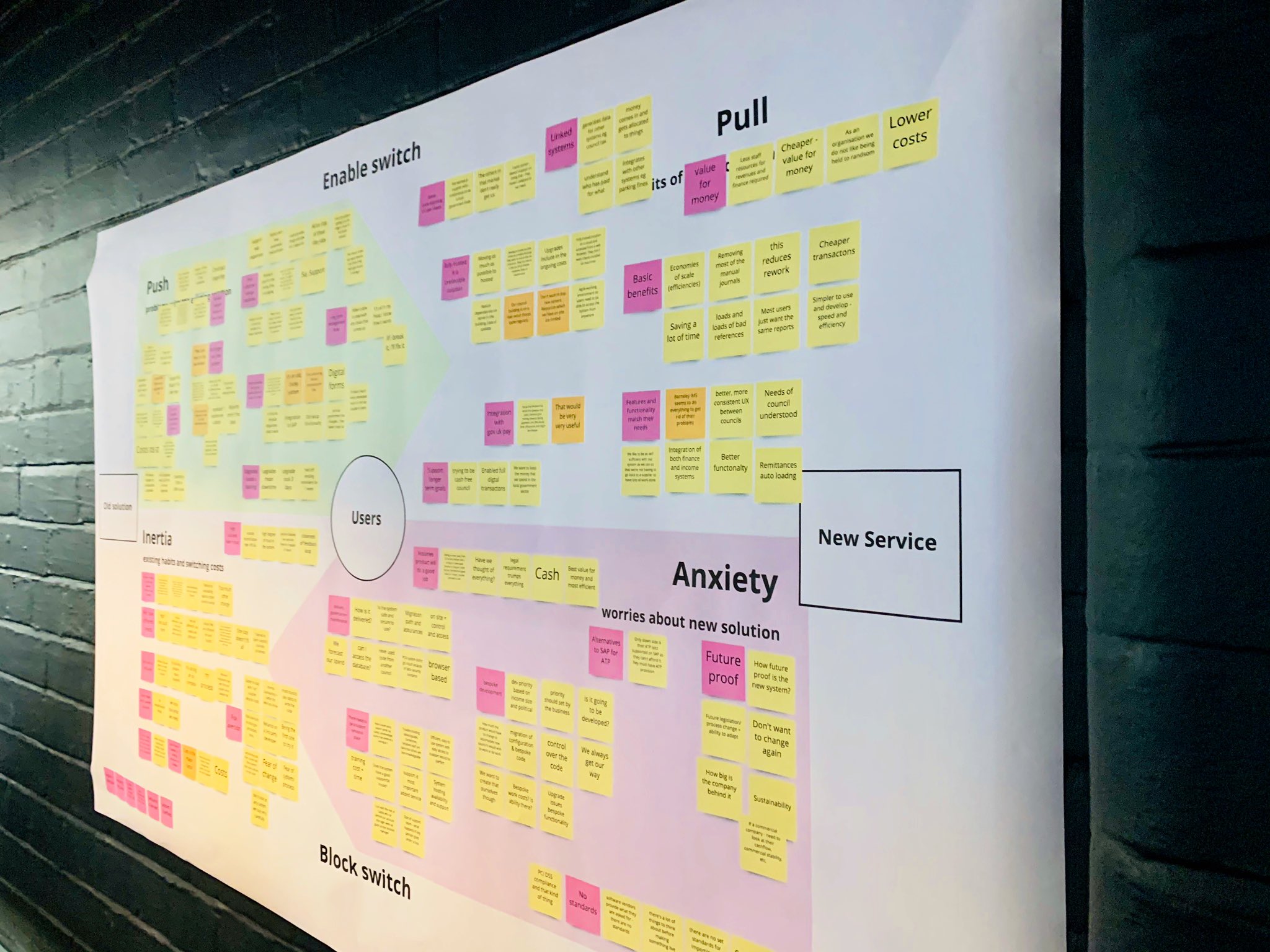 Our slides incidentally were an extract of our main Discovery Report - we took a copy, reorganised a few things and arranged to split up their deliver between the team. Using presentation slides is a great way to write a report by the way. When we started the project I was expecting we'd have an enormous Word document at the end. Rather we have a Google Slides presentation that includes links out to the various Google Docs, Google Sheets and Miro Boards that we've created throughout the project. 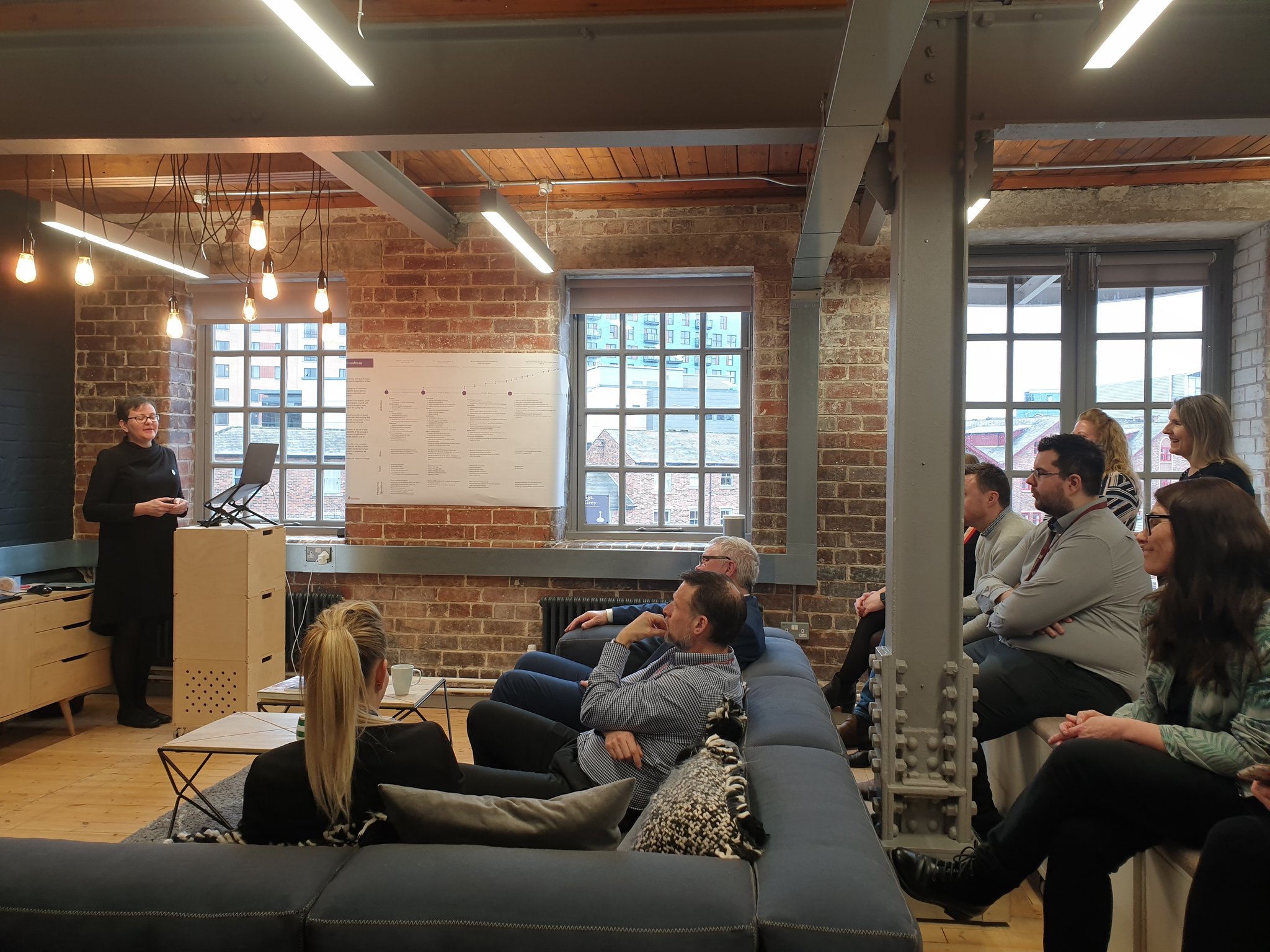 We began at 12 noon with lunch provided and a chance to meet & greet over the first hour. We'd asked people to join remotely a little before 1pm so that we could kick off on the hour and we were thrilled to see a large number of people dialled in and ready to go. Sharon had organised this through Eventbrite and sent out an introductory email the day before. 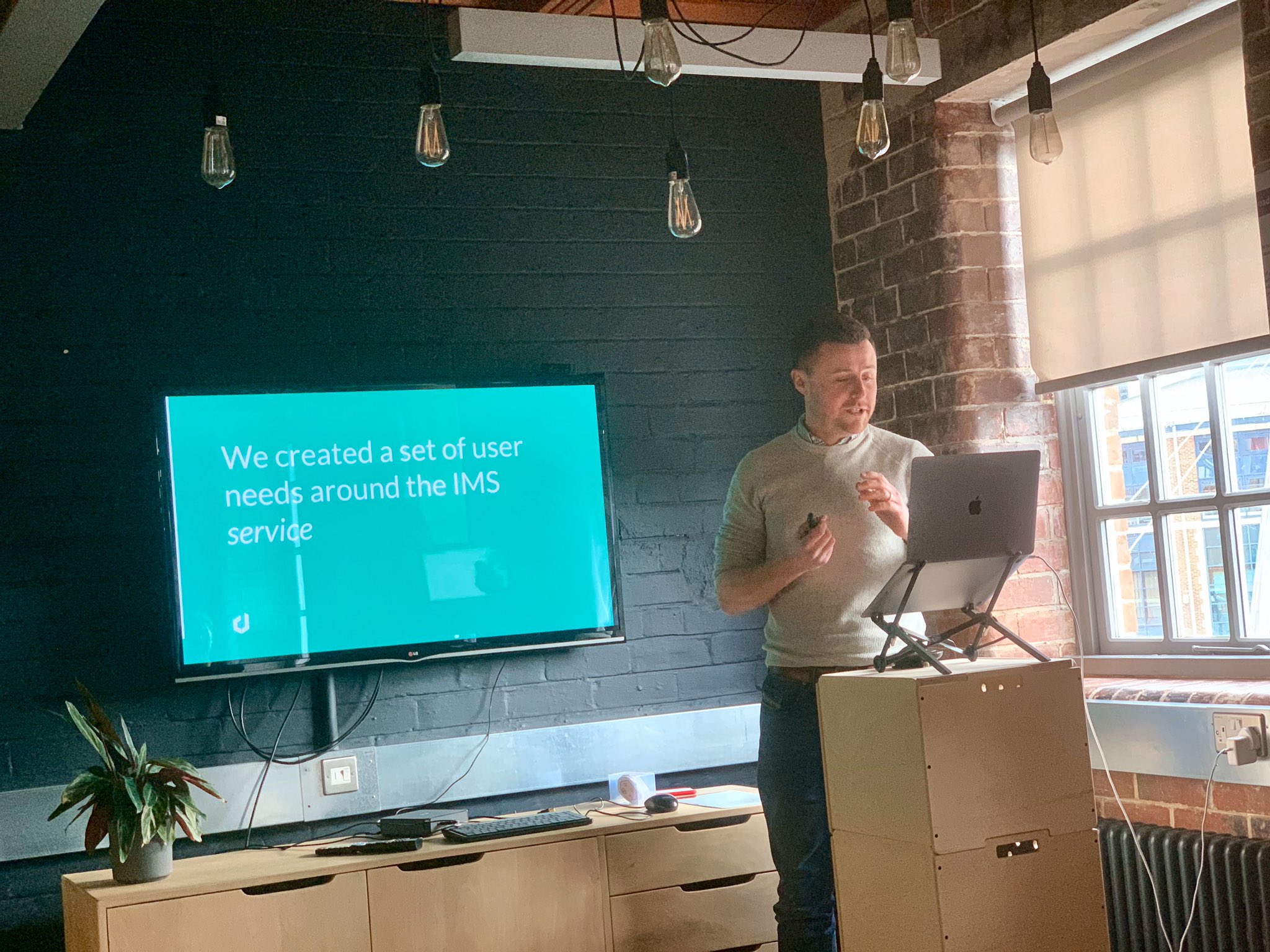 After the presentation, we invited questions using Mentimeter. This allowed both remote attendees and people in the room to put questions forward in a seamless and fair way. It can be hard to chip in questions remotely when people in the room are shouting out, and so this ensured we got to every question asked in the order they were asked. I hadn't realised until the end, but there was a portable bluetooth microphone/speaker letting the remote people hear us during the slides - so we handed this around the room as people were answering questions. There were some really good questions, and interestingly, some of the answers came from the audience, not just the project team which showed great engagement. 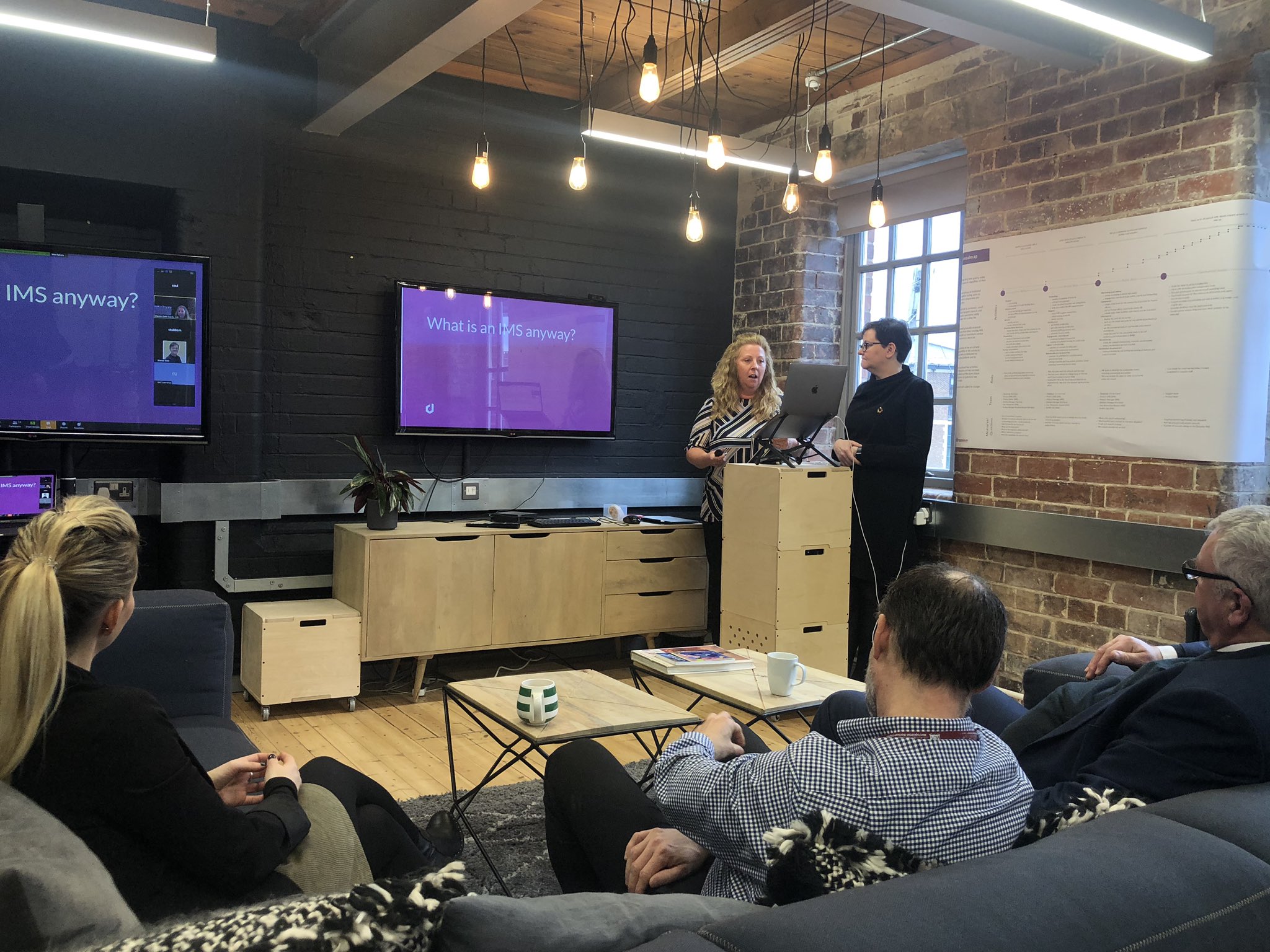 The whole thing went really well I thought, despite a few nerves - you can watch it all back on YouTube. I'm absolutely thrilled with where we're at today. The report is strong, I'm very confident in our findings given the work we did to draw them out, our recommendation to move to alpha is appropriate and we have a solid base to move forwards from. 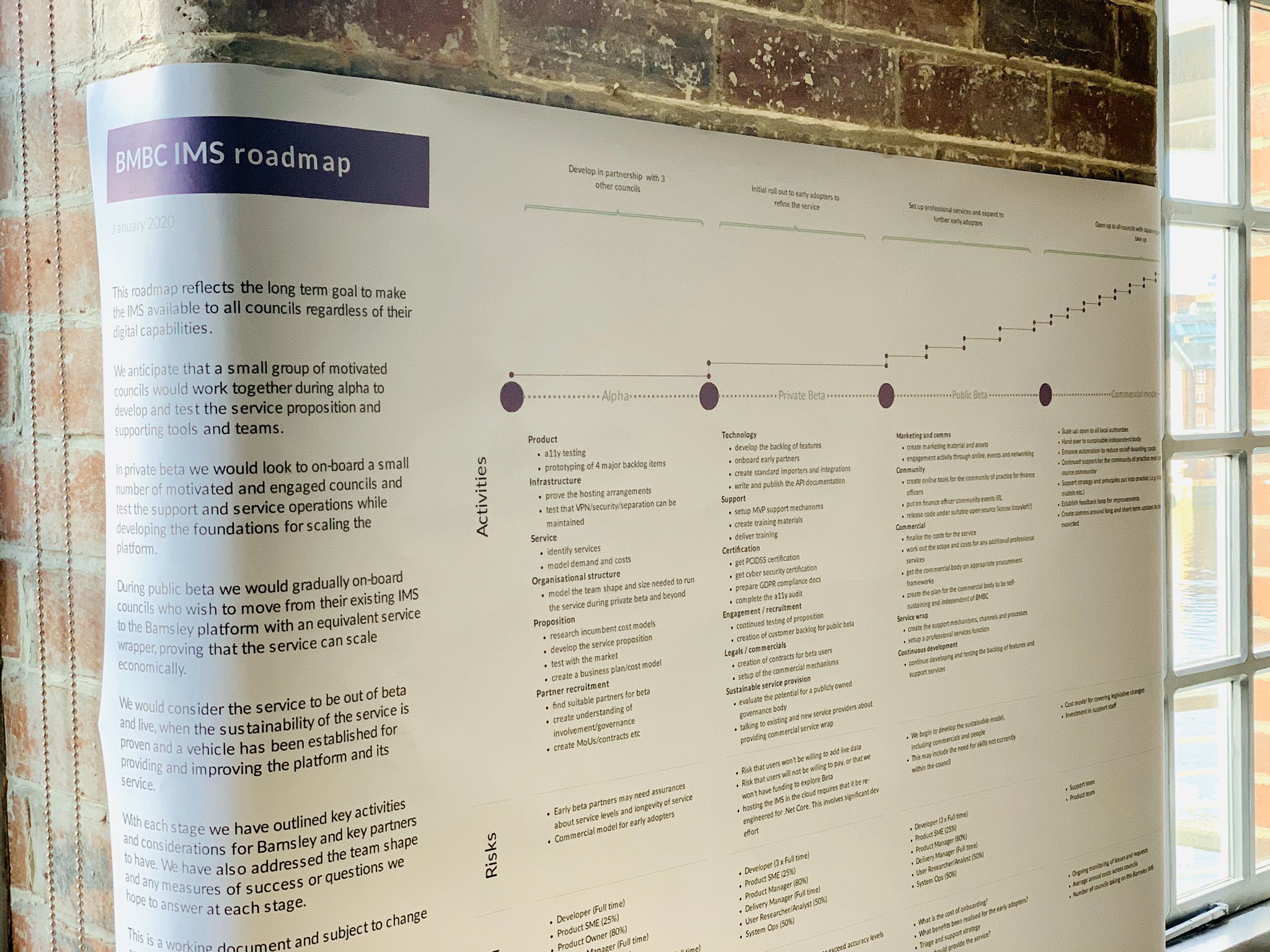 I'll post all the project outputs shortly when we've given them a final lick of polish.

I'd just then finally like to thank DXW Digital for everything they've done throughout the project. From that first meeting when they were so welcoming, to this final show & tell when they pulled out all the stops and were the perfect hosts. They've been accommodating throughout, the skills and capabilities they've brought to the table have been exactly what the project needed and we've learned so much from them.