At the innovation group, in anticipation of seeing results from the workforce mobilisation theme of our Digital First programme, we've been busily beavering away with our Desk Occupancy Monitors.

Version 2.0 takes into account all of the points we've learned from the above and simplifies the devices further than they already were.

They now only use one toggle button to change a desks status and have a single light that either blinks green when free or glows solid red when busy. 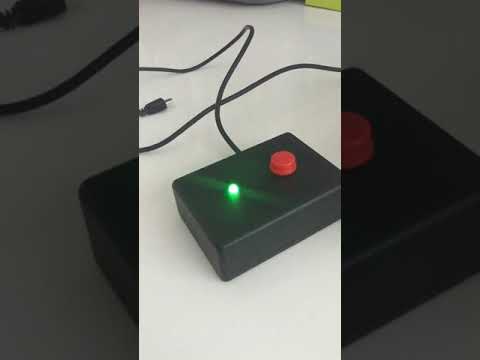 The flashing of the green light is intended to help those with colour blindness distinguish it from red light. The red light also doesn't blink because it turns out the blinking annoys people. The earlier versions had a blue light that flashed periodically - we've removed that all together.

We'll be adding new functionality to the system too so that desks can be booked from 6am each day via a website. The thinking is that you'll be able to sign in with your network account and select where you'd like to sit. This creates an incentive to use the devices on the desks if you haven't booked, to prevent anyone else booking them out from under you. It also creates an ability for us to use these devices for other resources such as meeting rooms, screens, etc. Gives us some flexibility in options.

I'll be demoing this new version at DLT later this month and we'll see how it goes.