Following my earlier post about the Innovation Group and the Commercial Investment Fund, we've started rolling out some kit.

You may might have noticed that in the reception areas of Gateway, Westgate and the Town Hall, these little beauties have appeared: 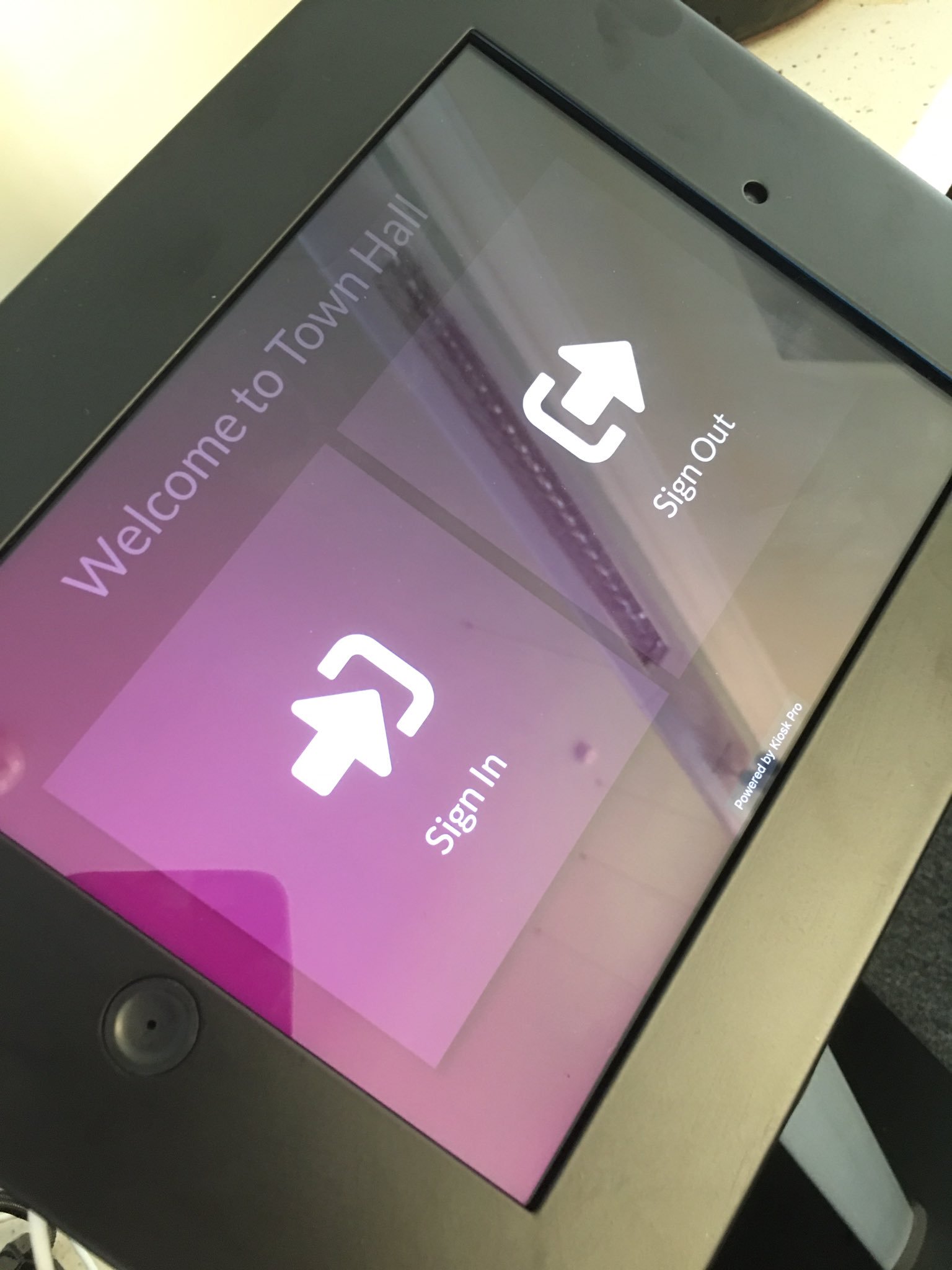 Designed, developed and testing by the council's innovation group, they were rolled out ahead of the peer review event that started last week.

Very simply, they're iPads sitting in a locked stand, plugged in with a charger and restricted to only be able to present a single webpage. We've created that webpage to let visitors sign themselves in and out of our buildings. Each iPad is configured as to which building it is representing and so as visitors do use them, FM staff can see who is in which building in real-time. 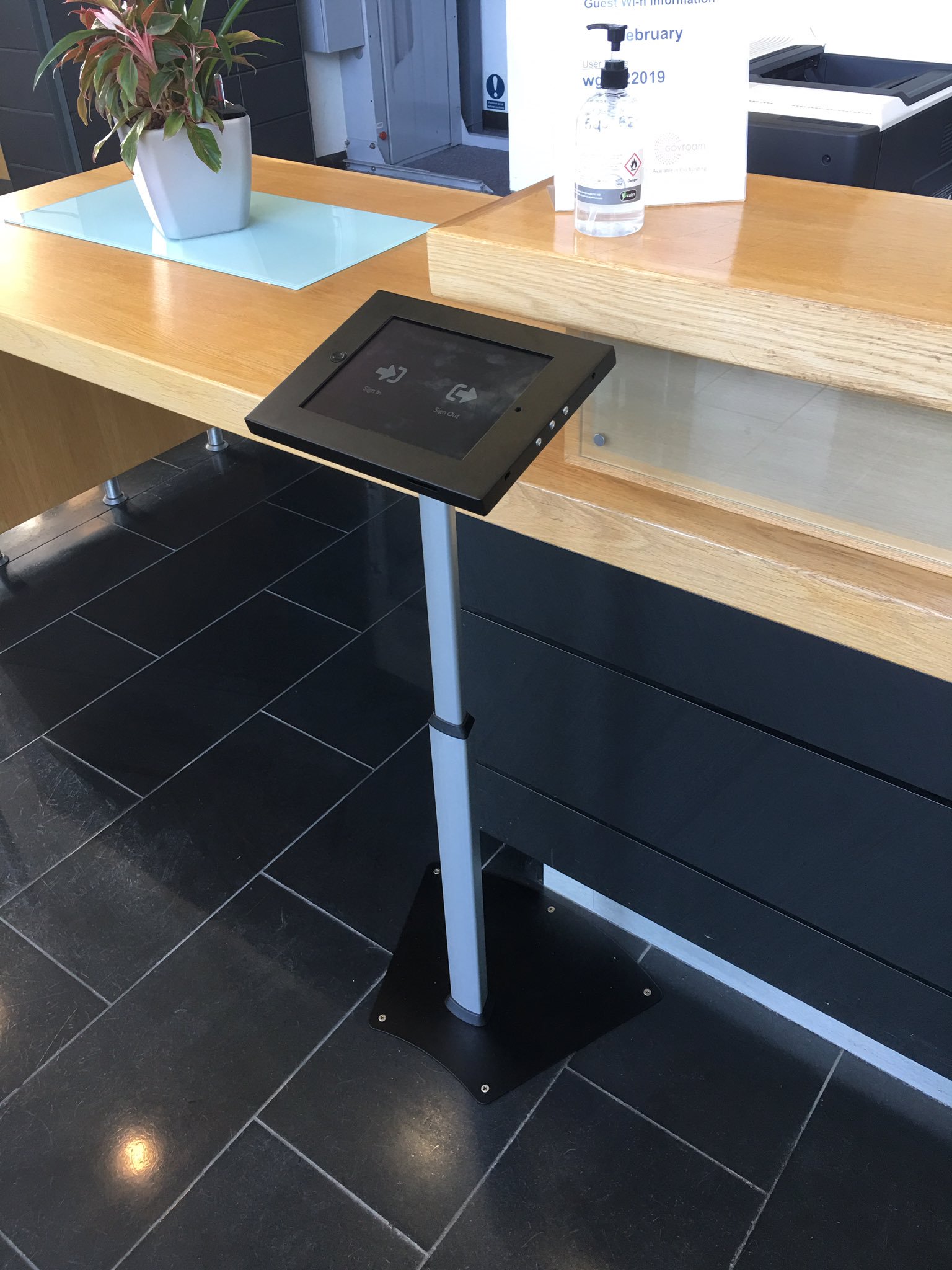 The idea behind them is to remove the need for visitors to use those carbon copy paper books that we've had for a while now. At £65 a book, £55 a refill and buildings like Gateway going through several every month, the cost of a single iPad is very quickly returned, especially when they've been kindly donated by Paul Castle and the teams at Smithies!

So far then, feedback has been great and we've had a couple of requests from FM to add in extra features and tweak current ones which we're more than happy to do. We've also been approached by the WellSpring Trust who represent 19 local Academies and asked to add features that support their needs of such a solution. A local solicitors has also shown interest and we intend to talk to them shortly.

We'll also be rolling out to some of our other council buildings over the coming weeks and months. 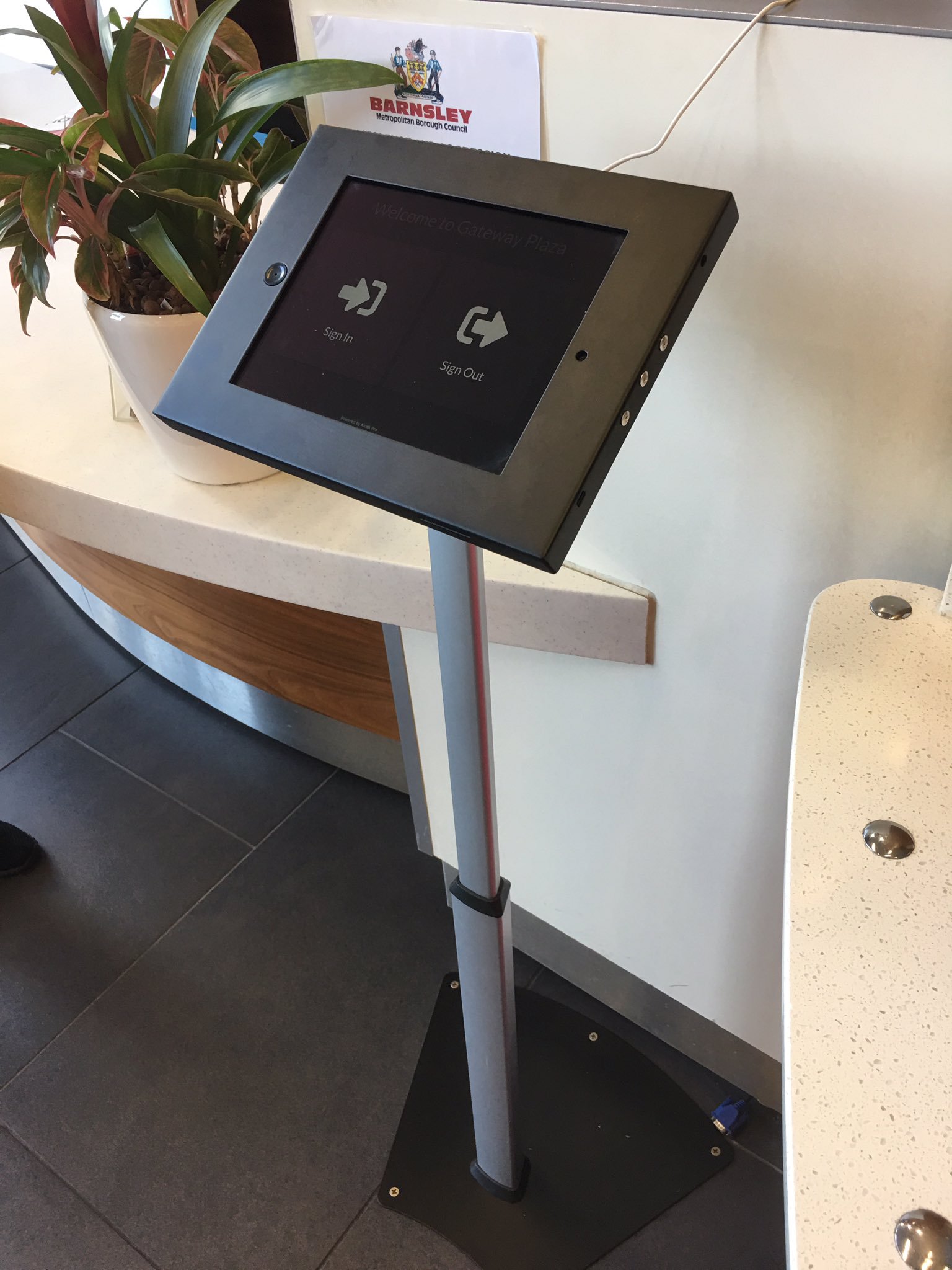 Credit for this goes entirely to the people who attend the fortnightly innovation group sessions and in particular to Dan Roddis who is the mastermind behind the coding on them! Sadly he leaves us shortly to take up a new post in another organisation, but we'll continue where he left off and make sure this solution prospers.

If you're interested in working on solutions like this, designing them, testing them, solving problems that you otherwise wouldn't get to in your day job - get in touch. The group is open to new members from across the organisation and meets every other Wednesday at Barnsley DMC. No previous experience is necessary, just a willingness to learn and an aptitude to Google the heck out of how to achieve somethings.

I'll post again shortly about our plans for the electronic meeting room screens that took a slight change in direction yesterday.